Last Tuesday, 3/19/2019, on “The Rachel Maddow Show”, Rachel discussed a filing by the Special Councel’s office that was made that day requesting an extension of time to file a response to a motion in Paul Manafort’s case. The reason cited for their request was because, “The counsel responsible for preparing the response face the press of other work and require additional time to consult within the government.” Rachel muses as to why they would need this additional time, and does suggest that this could be a clue that the Russian investigation is coming to an end.

Today, as it turns out, Mueller’s office filed yet another request for an extension in this same matter. This time they claim that since the investigation has come to an end the original 2 weeks they requested isn’t enough, and they now need another 2 weeks: 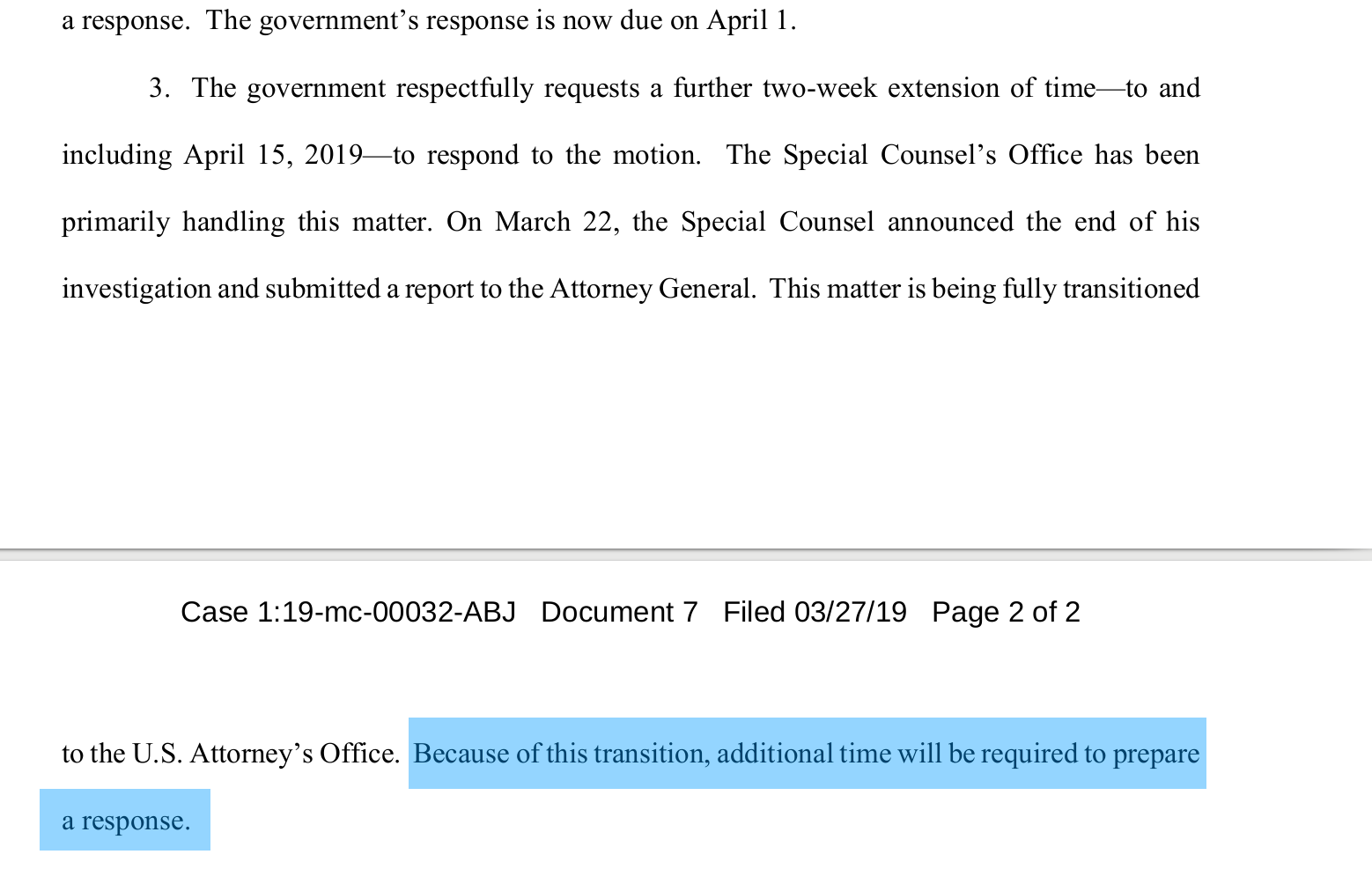 The government respectfully requests a further two-week extension of time—to and including April 15, 2019—to respond to the motion. The Special Counsel’s Office has been primarily handling this matter. On March 22, the Special Counsel announced the end of his investigation and submitted a report to the Attorney General. This matter is being fully transitioned to the U.S. Attorney’s Office. Because of this transition, additional time will be required to prepare a response.

This suggests, of course, that they had no idea on Tuesday, March 19th, when they originally requested the extension, that the entire investigation would be over just a mere 3 days later, and if they didn’t know, then that begs the question: what exactly caused the investigation to end?