Of course it could just be general paranoia, but does it seem strange to anyone else that Digg employees would be taking such a special interest in my blog? Especially since the post they seem to be fixated on is 2 months old?

If they were just visiting it would be one thing… but they are all coming directly from super secret hideout websites that only they can get to:

The screenshot shows that they all came from danielcat.digg.internal, antoncat.digg.internal, kurtcat2.digg.internal. And yes, in case you are wondering, you cannot get to addresses like that without actually being on the Digg private network. There is no such TLD as .internal on the internet. The original story they are looking at was dugg back on June 12th. Do all Digg employees have their own subdomains? And do they all have the last name of “Cat”…?

Considering the fact that it is actually a post about Digg, making fun of another post on Digg, and adding in how powerful a force Digg has become in the webmastering community, it has me a little, well, you know… concerned. 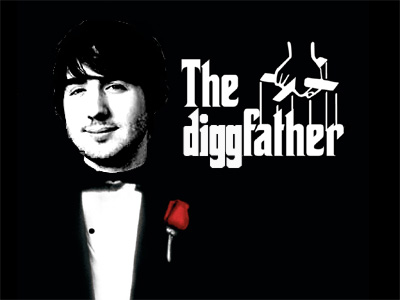 So why, 2 months later, is my post still showing up on Digg employees screens? I didn’t disrespect you, Kevin… I would never disrespect you! I was joking!