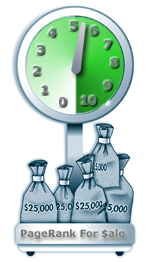 Wednesday TechCrunch posted an article about a new ad product launched by MediaWhiz. The name of the product is InLinks, and it involves people being able to purchase anchor rich text links embedded into content in a way that is supposed to give it a “natural” feel. Michael Arrington called the product “insidious”. His whole take on it was that these new paid links would “be hard for Google to detect”. Quite a bit of discussion followed, sparked in large part by the fact that Matt Cutts chimed in on the matter. What no one seemed to notice, however, is that Matt, who most would naturally think of as an expert in detecting paid links, apparently missed one when it was staring him right in the face… the link that MediaWhiz bought from TechCrunch.

Check the source on the post by Arrington, and sure enough, you will find a nice, clean, non-nofollowed link back to MediaWhiz. I have to give them credit too… it was slick the way they covered their tracks on this one. First, they either purchased some links on a couple of lesser known blogs, namely Deep Jive Interests and Digital Inspiration, or they simply waited for someone to just blog about their new product without being asked. This made it at least somewhat plausible that Michael Arrington just happened to stumble across the release of their new product all on his own. Of course, it also helps that the link sale wasn’t discussed openly on a forum, and that Arrington doesn’t publicly list the cost of a content link on TechCrunch anywhere. No, a link sale like this would have been privately negotiated, behind closed doors and away from prying eyes (and out of the sight of potential Google snitches).

How much would a link like this cost? Probably not cheap. It’s not just the raw link juice that has to be factored into the price, either… it’s also the fact that blogs like TechCrunch are so completely above suspicion. It might not have been an all cash transaction, either… there could have been an expensive meal involved in the negotiations, or perhaps even some barter tossed in.

Do I know for a fact that MediaWhiz purchased that link from TechCrunch? Nope. Then again, neither does Google.

Now, I am sure that many people will be buying floods of new content links from this new service, and of course Google, seeing as they have historical link graphs to compare to, will probably easily spot link growth spikes of a certain level. However, there is no way that they will be able to detect content links like this new service is offering that are obtained stealthily. That doesn’t mean they won’t try. Their attempts to do so will no doubt cause much collateral damage to the rankings (and therefore traffic, and revenue) of many legitimate, quality sites out there. Google, however, doesn’t really care about that. You see, it’s not always about quality for Google. Often times, it’s about appearances.

Somewhere along the line, someone stated that they had PageRank for sale, that for a certain price you could buy higher rankings. One of the higher ups at Google caught wind of this, and thought, “Oh, no, we can’t have that… Google is supposed to be ungameable! This will make us look bad!” Right then and there, the war against paid links was launched… and it’s really not a battle that Google can win. Google cannot stop value passing links from being a commodity. What Google can do is drive up the price of links like this, the ones that truly will pass being manually reviewed. Sure, Google can do a ton of damage to the rankings of a lot of sites, and they might even hit an actual paid link here and there… but that won’t help with relevancy. If this really was a battle that was concerned with quality instead of image, then they wouldn’t care about links that were purchased to quality sites. The whole argument about editorial discretion would then actually mean something.

You know, here’s a thought. If Google quit worrying about whether or not a link was paid, and simply worked more on penalizing for linking out to crappy sites, then eventually people would stop linking out just for money, out of self-preservation. The issue of whether or not paid links lowered the quality of the serps would simply go away. It’s a much more elegant solution, don’t you think?

4 thoughts on “Matt Cutts, If This Paid Link Were A Snake It Would Have Bitten You In The Ass”