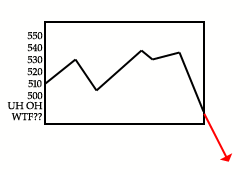 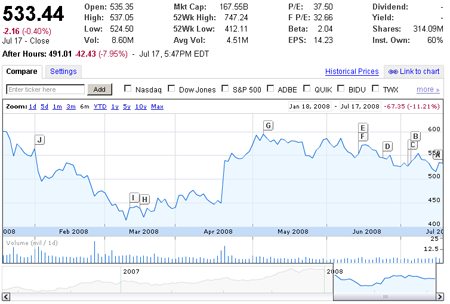 According to Techcrunch, the drop immediately followed Google announcing their Q2 results today, after the market had already closed. Techcrunch reported this as Google’s “largest one-day fall in stock price since it went public in 2004”:

Todays fall is an indication that the economic slowdown is affecting Google, which has experienced its largest one-day fall in stock price since it went public in 2004. -TechcrunchIT

Seeing as how the exact same kind of shareholder panic happened the year before, maybe they should have just waited till the weekend to announce their bad news this time. 😀