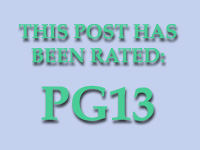 No, my blog wasn’t hacked by porno webmasters, and no, I’m not converting Smackdown to an adult website (although, to be honest, kids or sensitive people should always approach my blog with caution). I wanted to test some of the various image search algos, and as it just so happens the search [Evan Rachel Woods Topless] currently brings up no valid results on Google Images (which kind of surprised me, but more on that at the end). Since I am also releasing a WordPress plugin to help prevent comment spam (which blogs coming up for queries like that probably encounter a ton of) and a very nifty little widget that helps turn image and bandwidth theft into links, I figured I would do all 3 at once. I promise, I am putting all of the questionable images way below the fold… so if you are the sensitive type, then I suggest you not scroll down.

Pervs of course are free to skip to the bottom.

PuzzCAPTCHA is my new comment form spam protection plugin for WordPress, which can be downloaded from here. It is built on the premise that while computers are advanced enough to employ OCR (Optical Character Recognition) to crack most existing CAPTCHA’s, and while they can certainly solve image puzzles if they know what the image is of ahead of time, presenting them with both simultaneously will at the very least significantly slow them down (and thus greatly reduce the number of CAPTCHA’s cracked in any given time period). Humans, however, have the ability to solve what the the end puzzle looks like as they assemble the image. This means that presenting a CAPTCHA as a puzzle allows for increasing the difficulty for a computer to solve it, while at the same time presenting a much clearer image to the end user, which is a trend opposite of what we currently see today. Here are some examples of the kinds of CAPTCHA’s that currently piss me off:

And now we have new ones coming out like this little gem reported on by GeeksAreSexy. Ugh.

Now, with PuzzCAPTCHA, you get something more along the lines of this (after moving the pieces around):

MUCH nicer, don’t you think? 😀

LinkMyPics is a new widget I wrote, which is a Hotlink Advantage Maximizer. There are other websites that will give you instructions on how to turn images or hotlinking into links that work on the same principle as LinkMyPics, but those implementations usually turn out to be buggy, too much work to implement, or the solution can often break layouts. If you want to see it in action, right click on any of the images in this post as if you were going to either save it locally or grab the properties so you could hotlink it in your own website. You are then shown a box with instructions on how to use the image on your own site, using either HTML or BBCODE, and the code shown includes a link back to the page where the image was originally seen. Yes, people can (and will) remove the link portion… be many will not bother modifying it and will just copy and paste what they are given. Pretty neat, huh? You can download LinkMyPics here, and instructions are provided on that site. I have also implemented the code on the topless Evan Rachel Wood pics in this post, so feel free to test on those as well.

Since I don’t believe in fraudulently ranking for a given phrase, here are the images I mentioned in the title (those who need to can close their eyes now): 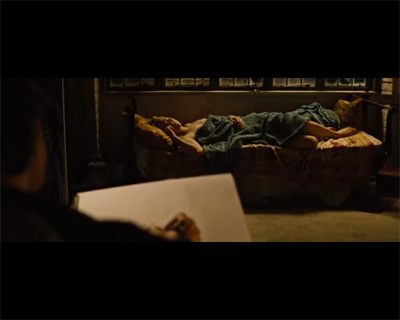 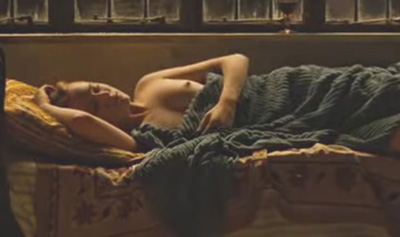 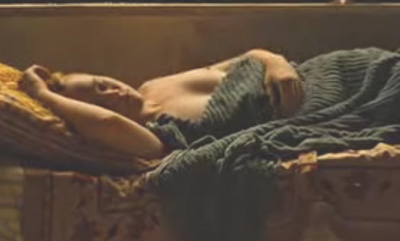 I know, pretty tame. But what did you expect? I said it was PG13 right at the beginning. The reason these particular screen grabs interested me is that when I was watching the movie they came from (Across The Universe, a musical released last October), and I saw that scene, I suddenly realized that I had never seen any of the normal buzz that usually surrounds when a young actress appears nude or semi-nude in a movie for the first time (which I believe this is for her). So, I searched on Google Images, and as I said, no valid results showed up (for me anyways, searches can vary by location) in the first 5 pages I checked, which I found very odd. My assumption is that the population of geeks who own websites who know anything about optimizing for images in search who were also likely to be the type of people who would actually post topless pics, when intersected with the type of people who would admit to watching musicals (which Across The Universe happened to be), was so small that none of the images had made it into the mainstream yet. So, for all those who happen to come to this post looking for just that (assuming of course that I do actually wind up ranking for that phrase), there ya go. 😀