Last Thursday, in response to Matt Cutts stating that he needed more than “arbitrary inurl searches” to sway him (which was in turn in response to a Hacker News submission about Mahalo and the plethora of keyword rich domains they were apparently building out) I wrote a post explaining in some detail how the latest Mahalo spam is in fact spam. I demonstrated in the post how Jason had developed a linkfarm which was being used as a link source back to Mahalo.com. It wasn’t just that the individual sites were all linking back to the mother site, which would in fact be normal, but also that the pages were linking back to specific pages within the main site, pages that in many cases had few, if any, links going to them aside from the ones from this linkfarm.

Each time it happens Matt’s defense of Mahalo spamming Google just gets more perplexing. In this latest round he started by saying that his job was not to have knee jerk reactions, as if Mahalo hadn’t already established a pattern of spamming over a long period of time, and that Matt is pretending he hadn’t already had a talk with Jason and told him that if he didn’t raise the bar with his site that Google would take action on Mahalo. From there it got even weirder – Matt looked at the linkfarm and basically told me that a) he didn’t care as long as it wasn’t passing link juice, and b) he’s the only one who could tell if that was the case.

I could have sworn that it was if you were caught trying to spam you were penalized, and you couldn’t get the penalty removed unless you promised not to do it again. Now, where did I get such a crazy and wild idea? Oh yeah, I remember now… it was from Matt Cutts:

Now we come to the heart of things: what goes into a reinclusion request. Fundamentally, Google wants to know two things: 1) that any spam on the site is gone or fixed, and 2) that it’s not going to happen again. – Matt Cutts on the bare essentials of a reconsideration request

The reasons Matt gives out for defending Mahalo seem to be getting more and more creative (even if not more believable). Jason’s, on the other hand, are the same old song and dance he has been spouting since I first called him on his bs and demonstrated that the vast majority of his site was nothing more than empty, auto-generated pages. On Thursday’s post, before he started to lose it with his “fuck you losers, I’m rich” tirade, Jason made this statement:

Orly? Let’s take a look at those claims, shall we?

The Mahalo coupon pages are about the crappiest pages I have found on the site. When I was doing my initial investigation I stumbled across quite a few of them. My guess is that [{brand} coupon] generates AdSense blocks with a decent eCPM since they are, after all, “targeted” pages. None of the Mahalo “coupon” pages actually have any coupons, which of course means that the end user is much more likely to click on one of the ads when they land there, and more required clicks does means a poorer user experience. What content these pages do have is fluff text that gives ample opportunity for Mahalo to link back to itself, and have spammy signals that are easy to spot like when there are near-identical versions of the same topic page, usually by doing one page for “coupons” and another for “printable coupons” (and no, there is nothing to print out on those pages either). Therefore i picked those as where I would look first to point out, yet again, how Jason was simply pulling these claims out of his ass with no supporting truths behind them.

Digging back into my old data, from March 13th, I was able to determine that from the day the site started adding content up until that point in time Mahalo had amassed 2,655 coupon based pages. When I re-scanned and looked this time I found that there was now 16,601 of these pages. That is a huge increase for 3 months, and a ton of content to create uniquely, even if you ditch quality altogether. Mahalo currently only has a grand total of 90,494 of actual pages on that side of things, so that means 18% of the site is made up of “coupon” pages – and by that I mean coupon pages that don’t actually have any coupons on them.

What’s more, it actually looks like there is a chance that 9,932 of those pages were added last week, over a 3 day period. How the hell do you get writers to create 9,932 pages of even crappy content, all about coupons, in only 3 days?

As I started looking into it I suddenly understood… they didn’t just ditch the quality to create those pages, they went ahead and ditched the content, yet again. I checked over 30 pages, and time after time I found what I found was auto-generated pages that were nothing but ads, affiliate links, and scraper feeds. 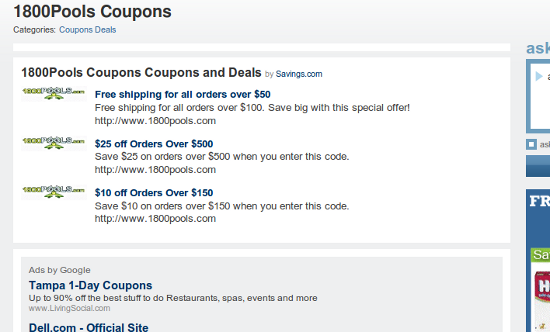 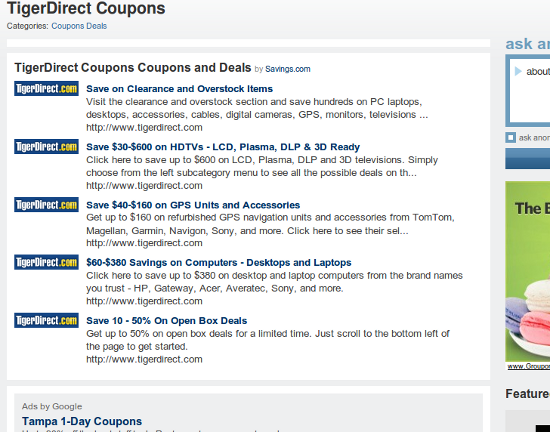 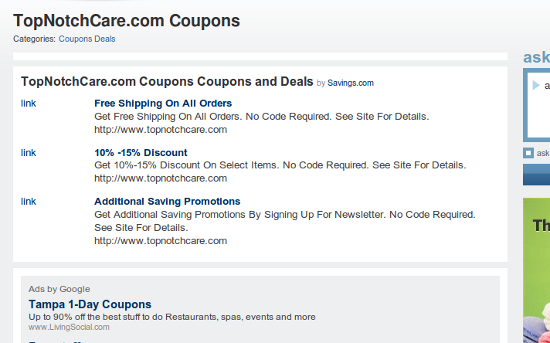 Most of the pages I checked had the affiliate links provided by Savings.com, and most linked to the same two questions pages: one discussing the Outback coupons page, and one discussing “grocery coupons”… and in every case neither question had anything to do with what the actual “coupon” page was supposedly about:

For the pages that did not have Savings.com affiliate feeds on them it was because they were using as keywords the names of sites that wouldn’t actually be Savings.com publishers, like GBB.org and RLS Forum. It looks like Jason somehow got his hands on a list of sites that for some reason or another looked like they might have offered some sort of coupon. These were then dumped into the database in the form of pages, and were then checked to see if they matched up with the Savings.com feed. If they did, great, if not that’s ok too, they still had AdSense on them – despite the fact that putting AdSense on pages without actual content is a direct violation of Google AdSense policies:

That’s ok though, I am sure Jason doesn’t care that he is risking the bulk of the site’s revenue stream by violating the terms of the program, since it looks like the AdSense team is giving him just as much of a pass as the spam team is.

In addition to the pages simply being devoid of content, Jason also uses the tactic of creating near-duplicate versions of some of these pages in order to get the most out of the long-tail phrase variations:

We have humans write pages

Well, no. You have humans write some pages, but an assload are still auto-generated. In addition to the ones shown here, Google also says that you still have 13,200 pages that you scraped from Wikipedia in their index:

Adding the above auto-generated pages in with the Wikipedia ones, that means that at this point an estimated 33% of the Mahalo content pages are scraped or auto-generated, and that’s just the stuff that’s easy to find. Yay footprints.

Again, no, even on the human generated pages that is not always true. Take a look, for instance, at the 1and1 page on Mahalo.com that all 4 of the above coupons reference: 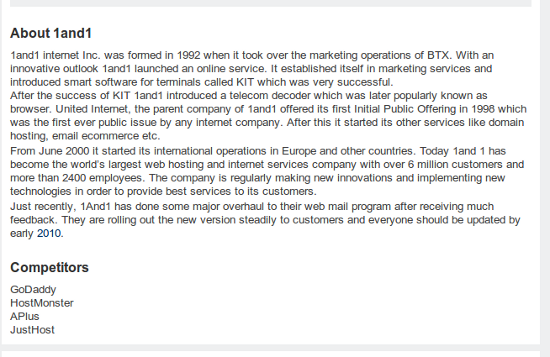 Including words of 3 letters and less that page still only has 212 words of human generated content on it. I also pointed out last week that some of the Wikipedia scraped pages remained thin, such as the one on “The Alice B. Toklas Cookbook”, which has only 261 words on it.

Bullshit. Not one single one of the pages I examined had a “noindex” tag on it, or was blocked by robots.txt. In fact, just the opposite – every single one of them was pushed to Mahalo’s sitemap, to make it easier for Google to find (and index) them.

Again, bullshit. The 1and1 page has been that way since at least March 11th: 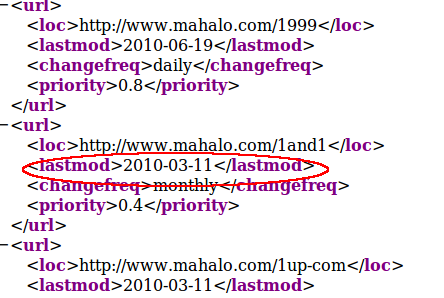 And the Alice B. Toklas one since March 12th: 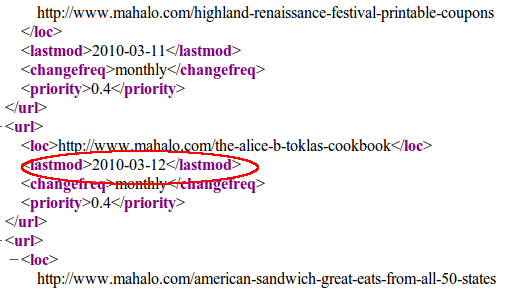 So Jason, please, enough with the bs. Quit claiming stuff that simply is not true, especially when it’s so damn easy to disprove what you say. I still have no idea why it is that Matt Cutts is choosing to ignore your spam, but to the rest of us it’s as plain as day. And no, Jason… going in now and trying to clean it up in no way changes the fact that you spammed in the first place.