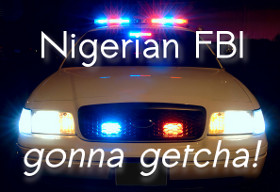 While Google may want to give the impression to their stockholders and the public that they have both the search engine spam and advertising program cheaters fully under control, the truth is that they rely quite a bit on reports from the community and consumers for both spam and AdSense violations. For any spam that they find, Google asks

Yesterday over on Daggle.com Danny Sullivan published a post titled, Of Misleading Acai Berry Ads & Fake Editorial Sites. In the article Danny discuses a rising trend of deceptive marketing practices involving fake news sites, the way they rip people off with products they are selling, and the fact that authority sites such as the LA Times are the ones carrying these ads, lending them some credibility in the public eye. Danny states in the post that the ads showing are being served by Zedo, and that he wishes the ad network should raise it’s standards and not allow such blatantly misleading advertising:

Personally, I’d like to see Zedo up its standards for the type of ads it will accept. This type of junk shouldn’t be allowed. – Danny Sullivan

He’s right, too, the ad networks should be policing this type of deception, by all means. Matt Cutts, Google’s head of the web spam team, agrees. He tweeted about the story, and also

Last Thursday, in response to Matt Cutts stating that he needed more than “arbitrary inurl searches” to sway him (which was in turn in response to a Hacker News submission about Mahalo and the plethora of keyword rich domains they were apparently building out) I wrote a post explaining in some detail how the latest Mahalo spam is in fact spam. I demonstrated in the post how Jason had developed a linkfarm which was being used as a link source back to Mahalo.com. It wasn’t just that the individual sites were all linking back to the mother site, which would in fact be normal, but also that the pages were linking back to specific pages within the main site, pages that in many cases had few, if any, links going to them aside from the ones from this linkfarm.

Each time it happens Matt’s defense of Mahalo spamming Google just gets more perplexing. In this latest round he started by saying that his job was not to have knee jerk reactions, as if Mahalo hadn’t already established a pattern of spamming over a long period of time, and that Matt is pretending he hadn’t already had a talk with Jason and told him that if he didn’t raise the bar with his site that Google would take action on Mahalo. From there it got even weirder – Matt looked at the linkfarm and basically told me that a) he didn’t care as long as it wasn’t passing link juice, and b) he’s the only one who could tell if that was the case.

I could have sworn that it was if you were caught trying to spam you were penalized, and you couldn’t get the penalty removed unless you promised not to do it again. Now, where did I get such a crazy and wild idea? Oh yeah, I remember now…

On Tuesday of this week someone posted the following question to the Hacker News website: How long has Mahalo been using keyword domains like this? The link in the story points to a search in Google, [inurl:tip_guidelines mahalo]. The results of this query show a list of somewhere between 180 and 270 sites (Google doesn’t show all of them, just the first 184 or so) all belonging to Mahalo.com, all keyword rich domains, all using the Mahalo Answers platform, and all covering material that Mahalo.com already covers. I am sure most of you are familiar with that fact that Google labels sites that have little or no content and are designed to drive affiliate conversions as Thin Affiliate sites:

These sites usually have no original content and may be cookie-cutter sites or templates with no unique content. – Google Webmasters Tools Help, on sites Google does not like

These sites that Mahalo has started churning out, all that were apparently created just this year, would appear to be the AdSense version of the classic “thin affiliate” website.

I showed Matt Cutts the link to the search itself, and asked if he thought that the list of sites

Matt Cutts asked me in a Sphinn comment the following question relating the my post on paid links on Mahalo.com: